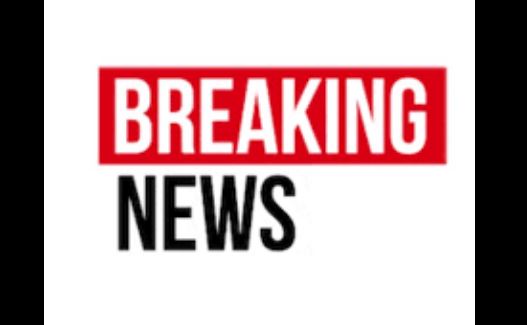 Paris, June 17: Divisive but charismatic, French hard-left leader Jean-Luc Melenchon has become the top challenger to President Emmanuel Macron in this month’s parliamentary elections on the back of a surge in the April presidential vote.

Although not standing himself, the 70-year-old former senator is the clear leader of the NUPES alliance that could deny the pro-business president an absolute majority, having wrangled Communists, Greens and Socialists into line with his hard-left France Unbowed (LFI) outfit.

Melenchon himself told RTL radio Wednesday that “the truth, the unprecedented phenomenon… is that we are in a position to get a majority in parliament” — which he hopes could force Macron to name him prime minister after the election.

“Voters don’t want Macron,” he added, claiming that the incumbent “lost” Sunday’s first round — although official results placed NUPES around neck-and-neck with Macron’s Ensemble (Together) movement.

Melenchon has come a long way since angrily quitting the Socialist Party (PS) in the 2000s and launching his own movement that would come to unite the historically fragmented French left.

His brand of anti-establishment politics has profited as the traditionally dominant PS collapsed following Francois Hollande’s widely loathed 2012-17 presidency and the rise of the often polarising Macron.

In this year’s presidential election, Melenchon scored almost 22 percent in the first round — just shy of getting into the run-off against Macron, but light years ahead of PS candidate and Paris mayor Anne Hidalgo.

It has been a bitter blow for the party that gave France its legendary first left-wing president Francois Mitterrand from 1981-95, and some heavyweights quit the PS rather than fall into line behind Melenchon.

“It’s always rebels who help give birth to the future,” Melenchon said before the first round of the presidential vote.

Born in Morocco, Melenchon joined the Socialist Party in 1976 at 25 after diving into Trotskyism as a student, going on to become the youngest member of France’s Senate in 1986.

He remains an admirer of Mitterrand, claiming that the “old man” told him shortly before his death to “never give in, walk your own path”.

After serving as vocational education minister under Socialist premier Lionel Jospin from 2000 to 2002, Melenchon broke with party leaders in 2005 to successfully oppose a proposed European Union constitution in a referendum vote.

At odds with then-party chief Hollande, he quit three years later to form his own movement, the Left Party, saying “our country needs another voice on the left”.

In a gradual catch-up that prompted Melenchon to liken himself to a “sagacious tortoise”, he scored 11 percent in 2012’s presidential vote, 19.5 in 2017 and almost 22 this year.

His rise has been accompanied by a gradual change in style.

But he sought in the 2022 election to moderate his style and reach out beyond his traditional far-left base, eschewing his trademark Chairman Mao-style jacket for snappy suits and ties.

And he says he is “grateful” when opponents dub him a populist, declaring “I’m not with the people, I am from the people.”

The war in Ukraine has worsened a cost-of-living crisis for French working people that saw far-right leader Marine Le Pen focus on purchasing power in the election campaign, rather than her traditional anti-immigrant message.

Opposition to Macron — widely perceived as a “president of the rich” — had already brought tens of thousands of people onto the streets in sometimes-violent “yellow vest” protests triggered by a fuel tax rise, before the coronavirus pandemic came to overshadow the second half of his first term.

Melenchon hopes to capitalise on still-simmering resentment for the legislative polls, vowing to cut the statutory retirement age to 60 years from 62, while Macron has announced plans to raise it to 65.

If the left secures enough votes to bounce Macron into naming him prime minister, Melenchon would also immediately boost the minimum wage to a monthly 1,400 euros ($1,473) from around 1,250 now, and cap energy and food prices.

He even secured agreement through gritted teeth from the other parties in his alliance to breach European Union rules on debt and deficits if needed to get their programme through.

In response, Macron this week appealed to right-wing voters afraid of NUPES’ radical programme to back him in the second round, saying it would “add French disorder to global disorder” if Melenchon’s alliance secures too many seats.