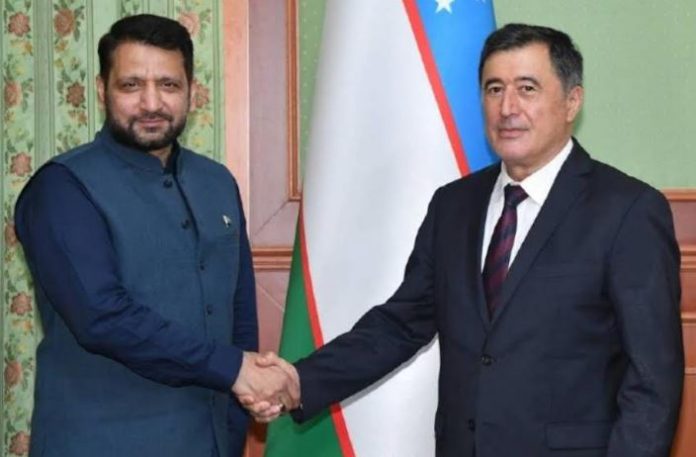 At the meeting, the positive dynamics of the development of a strategic partnership between Uzbekistan and Pakistan, which plays an important role in strengthening the connectivity between Central and South Asia, were noted with satisfaction.

The course of implementation of the agreements reached during the contacts at the highest level was considered.

The parties exchanged views on the schedule of the upcoming meetings, including the visit of the Pakistani Foreign Minister to Uzbekistan to participate in the meeting of the Council of Foreign Ministers of the Shanghai Cooperation Organization Member States, held on July 28-29, 2022 in Tashkent.

An agreement was reached to continue coordinating the efforts of Uzbekistan and Pakistan in the international arena, in particular, within the framework of the UN, SCO, OIC and ECO.

The main attention was paid to the prospects for enhancing trade-economic cooperation, including within the framework of the signed agreements on transit and preferential trade between the two countries. The mutual intention of the parties to increase the volume of trade turnover to $1 billion was confirmed.

The readiness of the Uzbek and Pakistani sides to enhance ties in the cultural and humanitarian exchanges was also noted.