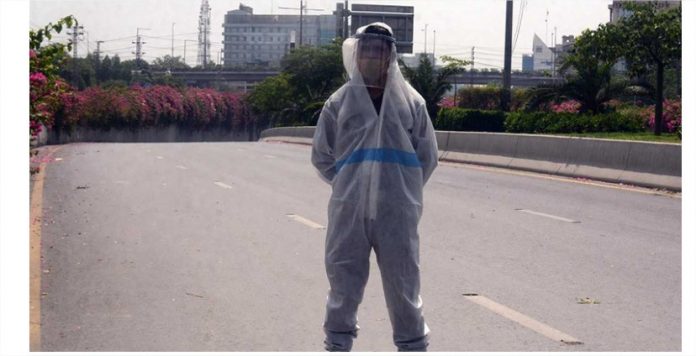 The federal government says it had initially expected the coronavirus cases in the country to rise to the 300,000-mark by the end of June, but around 100,000 less infections are now likely to be reported.

As of June 26 Friday, 197,000 people in Pakistan have tested positive for COVID-19. The National Command and Operation Centre has identified and sealed around 90 localities in 20 cities. These neighbourhoods cover 40% of all active cases.

Umar said imposing a strict lockdown in these areas has slowed the virus’ spread in this week. However, it isn’t time to celebrate just yet.

“People have also begun adopting the SOPs. Now the cases are not spiking as rapidly as they were earlier, but this doesn’t mean that we stop adopting precautionary measures and feel as if the outbreak has finished,”
he warned.

“In a week, we’ll show the numbers that will reveal the difference that sealing the virus hot spots has made. Our healthcare sector will now be able to sustain this situation.”