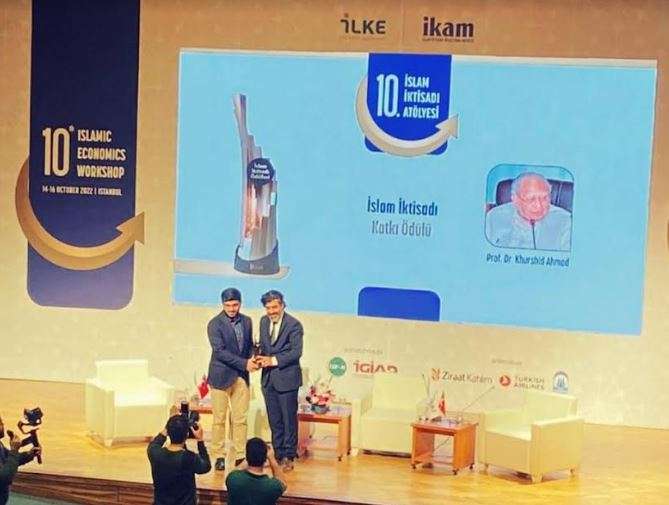 The award is announced each year by the Islamic Economics Research Center (IKAM), which is based in Istanbul, and works under the umbrella of the popularly known ILKE Science, Culture and Education Foundation (İlim Kültür Eğitim Vakfı), Turkey.

The prestigious award, which has been previously won by eminent scholars like Dr Omar Chapra, Prof Monzer Kahf and Dr Sabri Orman (late) in the preceding years, was received by Istanbul-based Pakistani academician Ahsan Shafiq on behalf of the Professor, who could not travel to attend the ceremony himself due to his old age and staggering health.