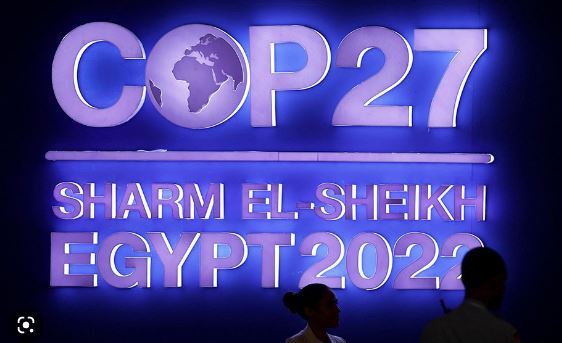 BEIJING, NOV 21 /DNA/ – A long-awaited “loss and damage” fund to help those countries vulnerable to climate change was approved on Sunday at the end of the 27th session of the Conference of the Parties (COP27) to the United Nations Framework Convention on Climate Change (UNFCCC).

The consensus decision made to this effect by COP27 in Sharm-El-Sheikh (Egypt) is a momentous achievement, especially for the developing countries as they have been demanding such a fund for the past 30 years.

A report published by China Economic Net (CEN) on Monday stated, the establishment of the fund is also seen as major diplomatic achievement of Pakistan as the country galvanised international support for not only placing the issue on the agenda of the talks in in Egypt, but also pushed for a consensus agreement.

Foreign Minister Bilawal Bhutto Zardari, commenting on the “loss and damage” agreement, said it is a “win for climate justice, a win for the developing world in honor of 33 million victims of Pakistan floods and millions around the world who suffer from a climate catastrophe they did not create and do not have resources to address”.

In addition to agreeing to set up a dedicated fund, countries attending COP27 also committed to establishing a transitional committee to make recommendations for countries to adopt at COP28 next year, according to a UN news release.

While emphasizing that a fund for loss and damage is essential, UN Secretary-General Antonio Guterres said that much more needs to be done to prevent the worsening of climate change, such as accelerating the phasing out of coal and the development of renewable energy.

The UN chief also stressed the need for developed countries to honor their long-delayed promise of providing $100 billion a year in climate change mitigation financing for the developing countries.