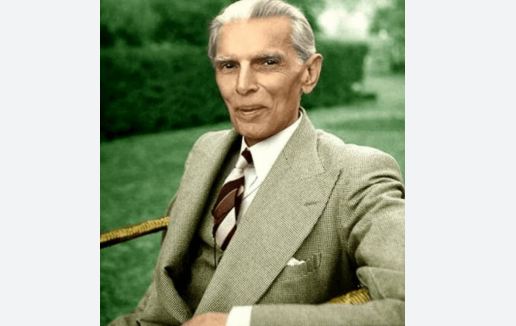 ISLAMABAD: The nation is celebrating the 146th birthday of the founder of Pakistan, Quaid-e-Azam Muhammad Ali Jinnah, today across the country with pledges to uphold his guiding principles of unity, faith, and discipline.

Pakistan is observing the birth anniversary of the father of the nation with traditional zeal and fervour by paying rich tributes to him for his untiring struggle, sagacity and leadership that led to the creation of a separate homeland for the Muslims of the sub-continent.

Public and private departments will hold a variety of events including seminars, conferences, competitions and discussion programs to highlight the messages and vision of Quaid-e-Azam.

The national flag will be hoisted on major government buildings throughout the country on the birth anniversary of the Quaid-e-Azam.

The day dawned with special prayers for the security, progress and prosperity of the country.

Special events have been arranged on this day to highlight and promote the ideals and views of the father of the nation, particularly with regard to the rule of law, the supremacy of the constitution, and the upholding of democracy.

A change of guard ceremony took place at the Mazar-e-Quaid during which Pakistan Military Academy Kakul cadets took over guard duties from the Pakistan Air Force.

Quaid-e-Azam Muhammad Ali Jinnah was a true and upright leader whose devotion and committed efforts resulted in the creation of a separate homeland for the Muslims of the Sub-continent.

A lawyer and politician, Jinnah served as leader of the All-India Muslim League from 1913 until Pakistan’s independence on 14 August 1947, then as Pakistan’s first Governor-General until his death September 11, 1948.

President Dr Arif Alvi, on Quaid’s birth anniversary, reminded the country that due to his untiring efforts, we were blessed with a country where we can live and breathe as free men and can develop it according to our own wishes and culture and uphold the principles of Islamic social justice.

“On this day, we express our gratitude for carving out a separate homeland for the Muslims of the sub-continent where we are free to realize our dreams as envisioned by the Quaid,” said Dr Alvi.

The president also reiterated the nation’s commitment to always cherish and uphold Quaid’s vision for Pakistan where the country’s resources are utilised in a systematic and organised way.

“We also pledge ourselves to take the right decisions at the right time and ensure the continuation of policies to create stability in the country by embracing Quaid’s advice to ‘think a hundred times before you take a decision, but once that decision is taken, stand by it as one man’,” said the president.

In a separate message, Prime Minister Shehbaz Sharif called on the nation to take guidance from the life of Quaid e Azam Muhammad Ali Jinnah and follow his principles to ensure the progress and prosperity of Pakistan.

“The founder of Pakistan Quaid-e-Azam valiantly fought the constitutional and political fight for the rights of Muslims of Indian subcontinent, as a result, today all Muslims were living independently in Pakistan,” he added.

The PM said the efforts of Quaid e Azam were directed not only for the creation of a separate and independent state for the Muslims but also wanted a state in which the minorities lived without any fear or danger and were given equal opportunities of development and complete religious freedom.

The prime minister pointed that because of the rising religious animosity and the thinking of extremist Hindutva, India as a state had failed to protect rights of the minorities.

This situation made evident the farsightedness of Quaid-e-Azam Muhammad Ali Jinnah and proved right his arguments for the two-nation theory, he stressed.