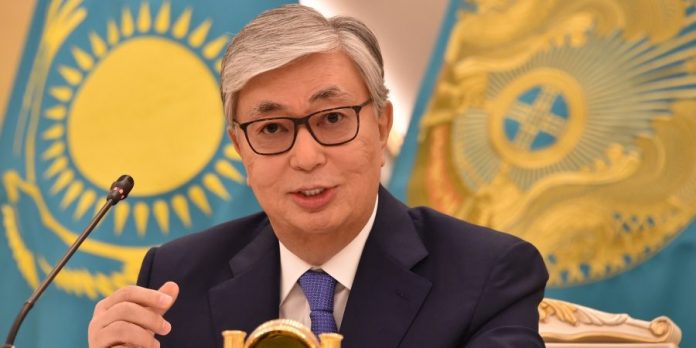 A major package of political reforms is being implemented in Kazakhstan, which opens a new stage in the progressive liberalization of social and political life. They affect the further development of the basic institutions of democracy – the rights of citizens to peaceful Assembly, the organization of elections and the activities of political parties.

These laws and their innovations are part of the political reforms put forward by the President of the country within the framework of the National Council of public trust. Their adoption is an important step towards implementing the concept of a “hearing state” and enhancing the role of civil society. New legal norms further strengthen the values of pluralism of opinions, alternative views, constructive attitude and responsibility in Kazakhstan.

Thus, the new law on rallies significantly simplifies the legal regulation of peaceful assemblies. Independent experts, civil activists, human rights defenders, and non-governmental organizations took part in the process of creating the draft law. The result of a multi-level public discussion was the expansion of the provisions originally laid down by the government in the direction of further liberalization.

The law fully complies with article 21 of the International Covenant on civil and political rights and the European Convention for the protection of human rights and fundamental freedoms. The document sets out the basic principles of peaceful Assembly: they must be legal, voluntary, non-violent and not pose a threat to the state or to citizens. Bans and duties that restrict the activities of journalists are also excluded.

“We are forming a new political culture. Pluralism of opinions and alternative views come to the fore. The government does not believe that dissent is destructive, ” said President K.Tokayev. According to the President of Kazakhstan, it is time for society and the state to adequately address the public expression of positions. “And it is better to come to this independently, consciously, and not forced,” the Head of state notes.

The previous law was adopted 25 years ago and, according to Kazakh experts and international observers, has long required a conceptual revision. The new law of 2020 fully complies with international standards — the principles of the European Convention for the protection of human rights and fundamental freedoms and article 21 of the International Covenant on civil and political rights. The law guarantees the most important thing – the right to Express one’s will.

The new document clearly sets out the basic principles of peaceful Assembly: they must be legal, voluntary, non-violent and not pose a threat to the state or to citizens. That is, the principles of human rights are observed — “everything is allowed that is not forbidden” and “your rights end where the rights of others begin”.

Thus, the law “on peaceful assemblies” became a confirmation of the successful implementation of the concept of a “hearing state”, which was proclaimed by President K.Tokayev.

In Maslikhats (local representative bodies), the representation of women is about 22%, or 740 women, and only 53 deputies under the age of 29 are young people. In total, the total number of Deputy seats in Maslikhats in Kazakhstan is 3335.

According to statistics, more than 4.5 million economically active women and 2.8 million young people aged 20 to 29 live in Kazakhstan today. From now on, this category of citizens will participate more widely in the elections of deputies of the local representative body and the lower house of Parliament.

In General, the quota policy is a fairly widespread international practice. Special party quotas are applied in European countries and are most common in Germany, Norway, France and Belgium, where these norms are enshrined in law.

The introduction of special quotas in Kazakhstan by the new law will encourage the younger generation of Kazakhstanis and women to actively participate in the political life of the country. The effect of the new legal norms will be implemented in 2021 – the year of regular elections to the Majilis (the previous parliamentary elections were held in 2016, according to the Constitution the term of mandate of deputies of the Mazhilis of Parliament is 5 years).

Amendments to the constitutional law “on elections” and the Law “on political parties” signed by the President of the country have become an important part of the package of reforms that continue to modernize the political system of Kazakhstan.

Reducing the threshold number of signatures for creating a political Association that can participate in elections from 40,000 to 20,000 people is an important step for the further development of the party system in Kazakhstan.

Thus, the changes made to the legislation will help to increase the influence of parties on political processes in the country. They facilitate the creation of new political parties and the General activation of party life in the country, which is expected to have a positive impact on the development and adoption of state decisions. As of today, 6 political parties have been registered and operate in Kazakhstan.

The measures provided for in the laws are collectively aimed at reformatting the socio-political space, increasing competition in the party field, and making elected bodies more inclusive and balanced.

Along with the most important issues of improving the quality of life of Kazakh people and strengthening social policy, the President of Kazakhstan is taking serious steps to improve the current political system.

In 2019, in his election program, Kassym-Jomart Tokayev clearly outlined the key principles of his management policy – “Continuity. Justice. Progress». And during his first year As President of Kazakhstan, he has successfully implemented these principles at the legislative level.

Continuity – is ensured by strengthening the role of young people in the political life of the country, thus providing training for the young generation of Kazakhstani managers who will promote the effective development of the state in the future.

Justice – implemented by the development of gender balance through quotas for women in representative bodies of the country, as well as strengthening the rights of citizens to peaceful Assembly and new opportunities for political parties.

Progress – in general, is reflected in the consistent movement of Kazakhstan along the path of political modernization and expansion of democratic practices in the life of the state.

And on the example of the adopted package of political reforms, it is clear that, implementing the concept of a “hearing state”, President K.Tokayev, as promised, takes into account first of all the requests of citizens. Thus, at a new historical stage, Kazakhstan continues to strengthen democracy, the course for the development of which was initially and deliberately chosen by the people of the Republic almost three decades ago.