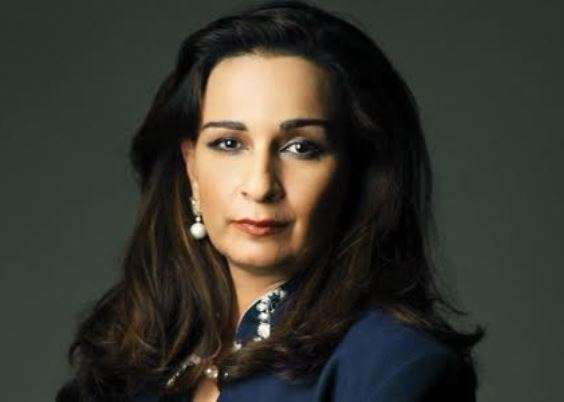 ISLAMABAD, OCT 19 /DNA/ – “What goes on in Pakistan [in terms of climate change] will not stay in Pakistan. The devastating recent floods in Pakistan were nature’s memo to humanity delivered through Pakistan,” said Federal Minister for Climate Change Senator Sherry Rehman. She was speaking at the event titled “Pre-COP 27: From Paris to Sharm El-Sheikh” jointly organized by the Institute of Regional Studies (IRS), the Civil Society Coalition for Climate Change (CSCCC), and Sustainable Development Policy Institute (SDPI) here on Wednesday.

Senator Sherry Rehman called for inclusive global decision-making on climate change and urged the international community to not only meet the commitments made under Paris Agreement but also to set more ambitious goals at COP 27. She highlighted that the vulnerable population of Pakistan was already experiencing impacts of climate change on their lives through changing weather patterns, crop losses, and water shortages, placing them among bottom 1% of climate risk pyramid. With reference to the upcoming COP 27, the Minister said that Pakistan’s slogan would be premised around questioning the world on how long it was expected of a country like ours to tolerate this dystopia at our doorstep, especially considering, that we had a minimal part in inviting its creation.

She iterated that while Pakistan’s share in global contribution to climate change was minimal, there is serious need among elite faction in the country to rethink their carbon-rich lifestyles which directly affected vulnerable communities. In addition to major behavioural and lifestyle changes, the Minister added, a comprehensive risk reduction mapping, developed consultatively with the provinces and the federating units was vital for effective engagement on climate change globally. Most importantly, climate financing must be reoriented toward facilitating the developing countries, she added. Senator Rehman said that the materialization of approved projects followed unrealistic timelines, amplifying the root cause(s) of the crisis in the process. She stressed that responsible and effective mitigation lied in capacity-building in three areas, i.e., resilience, adaptation, and financing.

Earlier, in his welcome remarks, President IRS Ambassador Nadeem Riyaz shared that half of the world was susceptible to climate change in the twenty-first century. He shared that COP 27 will aim at providing viable options for climate finance, adaptation, loss and damage, and increasing ambitions.

The Ambassador of France to Pakistan, Mr Nicolas Galey highlighted that the assistance provided by the French government to Pakistan in providing relief to the victims of floods. He called for greater attention toward the needs of the vulnerable communities in the aftermath of natural disasters in Pakistan. Mr Tarek Dahroug, the Ambassador of Egypt to shared that climate change could reduce global economic output by 4% by 2050. He further added that efforts will be made during COP 27 to urge the international community to meet its climate financing goals without any delay.

Samey Shoukry, Egyptian Minister for Foreign Affairs and COP 27 President said in his video message to the audience of the Conference that it was time the world realised that it needed to do more, act swiftly and rather decisively to ensure a qualitative response to climate change.  He added that COP 27 was the COP of implementation and required urgent consideration of normative frameworks and operational needs.

Syed Mujtaba Hussain, Senior Joint Secretary Ministry of Climate Change said that Pakistan had tried to adopt nature-based solutions via tree plantation and creation of Protected Areas as interventions during the previous COP, however the NDCs still had serious challenges. Some of these challenges, he added, were, lack of collaboration on provincial and federal levels, absence of focus groups, absence of specific reporting mechanisms for better monitoring and lack of access to international financing platforms. He said that there was need for policy and project based interventions in order to come up with a workable roadmap to address this challenge.

Mr Bilal Anwer, CEO NDRMF said that Pakistan needed to scale up ambition, action, supported by finance. He said that no action could be completed without finances and technology transfer. He said that there were serious challenges in the form financial gaps in mitigation, stressing that we needed to go beyond the socio-economic perspective on the debate. Speaking about COP 27, he said that it was imperative to discuss financial mechanisms for loss and damage, scaling up support for adaptation, strengthening emission reduction, increasing capacity of institutions and ensuring transparency and reporting on climate finance.