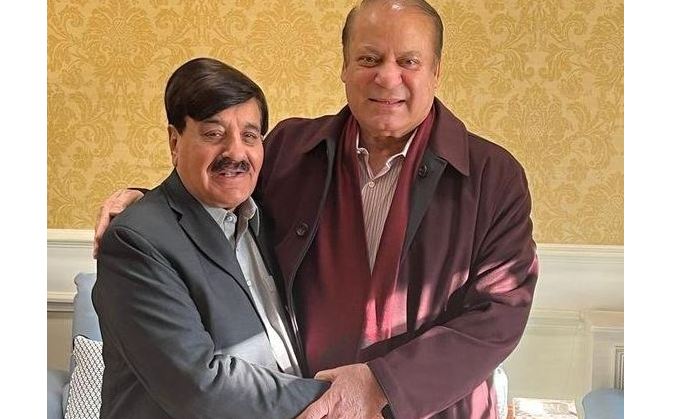 These views he expressed while talking to the media persons here at his residence in Attock on Saturday after his detailed meeting held with Mian Nawaz Sharif in London (UK).

Replying different questions of the journalists, Sheikh Aftab Ahmed confirmed that Mian Nawaz Sharif is ready to come back to Pakistan very soon who will put the country on the right direction as par with the other developed countries of the world. He said that during his meeting with Mian Nawaz Sharif, he felt that his Quaid is much worry about the political, economic instability of the country because the economy of Pakistan was strengthened before 2018.

Sheikh Aftab while highlighting the salient features of his tenure has said that socio-political economic conditions of the country were accelerating day by day. He said that price hike, load sheding of gas, electricity, unemployment, poverty, crimes, were controlled and masses were also prosperous during the period of PML(N) led Government.

PML(N) Government also erected power houses of 14 thousand mega volts to overcome the load sheding of electricity. The country was going to be included in the race of other developed countries in the next ten years if PML(N)’s government is not snatched by the anti-democratic elements for their vested interests. Sheikh Aftab said that PML(N) will once again come into power after getting historic success in the forthcoming general elections under the able leadership of Mian Nawaz Sharif and his competent experts’ teams. Sheikh Aftab Ahmed also thanked to all his well-wishers came across the country to inquire his health during his hospitalization, he added.