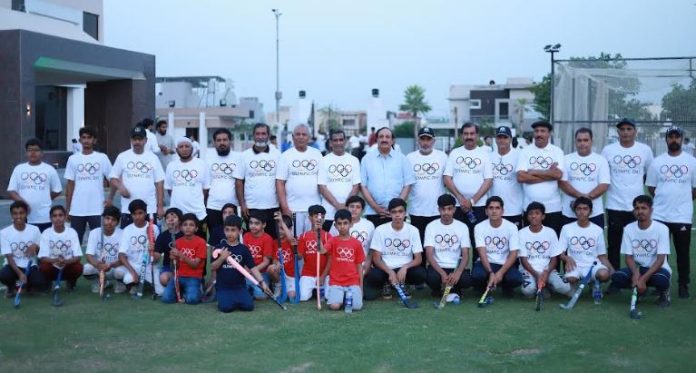 On the eve to celebrate Olympic Day a walk from DHA head office to the sports complex was held and an exhibition match of hockey between Olympians and youngsters was also held. The message of Thomas Bach, IOC President and Lt Gen (R) Syed Arif Hasan, President NOC Pakistan were also presented to the audience followed by “Digital Olympic Quiz”.

It said that the Olympic Day is celebrated worldwide on June 23 of each year to commemorate the birth of the Modern Olympics Games that were held in Paris back in June, 1894.

“This day is one of the key events of our annual calendar where we engage with partners for the promotion of Olympism in our community.