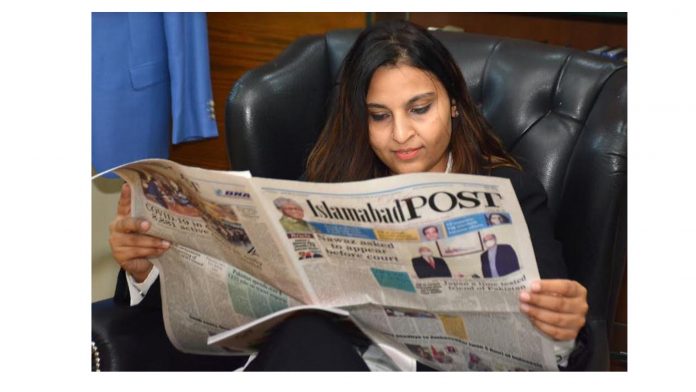 ISLAMABAD:  Dr. Nudrat E. Piracha has said the legal system left with Pakistan by the colonial masters has become obsolete. For instance, crucial laws like the Civil Procedure Code, 1908, Contract Act 1872 and Arbitration Act 1940 are three fundamental laws that exemplify failure of Pakistani laws to keep abreast of developments in the world.

There is a need to introduce private and court-annexed ADR through state of the art facilities and national and international neutrals whose integrity and competence are of the highest levels.

In addition, there is a need to revolutionize the court processes and judicial decision making to provide a system that can deliver. Various amendments have been made in the Civil Procedure Code in this regard which is a welcome initiative and a first step in this direction. There is a dire need for an ADR center that can provide ADR solutions for the needs of nationals and foreigners.

Dr. Nudrat E. Piracha is is the first woman in Pakistan to have qualified as an Doctor of Juridical Sciences (S.J.D), which is the highest degree in law awarded to people with exceptional academic and professional record. She is a Fulbright scholar, a Weinstein JAMS International Fellow for 2018, and the first lawyer from Pakistan to become a Fellow of the Chartered Institute of Arbitrators, UK (FCIArb

She further said her area of interest has been alternative dispute resolution (ADR), which is a mechanism whereby disputes are resolved through the intervention of an independent third party, through amicable means.

A society can survive with many failings but no society is sustainable without an effective justice system. The Pakistani justice system is broken and many laws underlying the processes have become obsolete. The rest of the world is centuries ahead in litigation system designs. To-date, according to a report published by the Pakistani law Commission in July this year, 2 million cases are pending in courts.

Nudrat said she intended to    use her experience and expertise to set up institutions that outlive its founders and are based on strong ethical values and merit. ‘I am in the process offormalizing a partnership with Septentrio Global Consulting and Samdani & Qureshi to provide, from under one roof, complete solutions to clients concerningtheir legal and financial advice and also to provide (through an affiliated center) ADR services for resolution and prevention of disputes to both government and private entities’.

Pakistan in international cases has lost significant battles before international forums. The resistance against ADR has been witnessed during its development stages in other more developed countries as well. There is a dearth of expertise in the area in Pakistan and people are comfortable with what they know and understand. It is often thought that the users of the system are not sufficiently trained to effectively pursue international ADR. But there is a push towards ADR at the highest levels and ADR is the need of this time and age and cannot be avoided for too long. The stakeholders will have to appreciate its importance and mechanics in devising sustainable system designs.

Full interview shall be published in the October 2020 issue of CENTRELINE magazine.