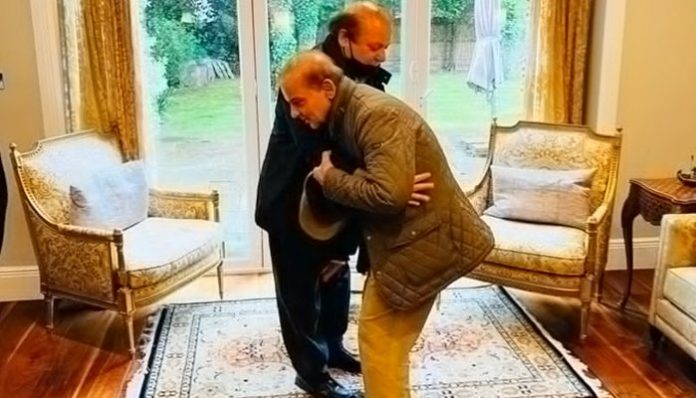 The situation, prior to the filing of the vote of no confidence, was such that the PML-N could easily boast of a strong vote bank in Punjab.

Even in the 2018 general election, it had emerged as the single largest party and was all set to form the government if the “umpires” were “neutral”.

The PML-N’s also benefited when former prime minister Imran Khan brought to power in Punjab the somewhat unknown Usman Buzdar as chief minister. With Buzdar’s appointment, there was a general consensus in Khan’s PTI that the new chief minister had caused more damage to the party rather than its main rival, the PML-N.

Never before had so many administrative changes taken place in Punjab, in such a short span of time, as several chief secretaries and around six inspector generals were changed.

These decisions caused a serious dent. In fact in the by-elections held in Punjab since 2018, the PML-N won a majority as well as the Cantonment Board election.

Even Nawaz Sharif’s disqualification, conviction and series of corruption cases against other leaders of the party did not adversely impact the PML-N voter base.

At the time, Imran Khan’s government was on the defensive. And then came a vote of no confidence, passed on April 10, after which Khan was swept from power and PML-N’s Shehbaz Sharif became the prime minister of Pakistan.

As per sources, Nawaz Sharif was not convinced by the move of no trust and was in favour of letting Imran Khan and Usman Buzdar complete their full terms. Even today, sources say, he is in favour of an early election, as the gamble of the vote of no confidence has put the PML-N in a far more difficult position.

In fact, the upcoming by-election on 20 seats in the Punjab assembly can make or break the PML-N government in Punjab. But if it is won, it would help dispel the impression that it has lost its vote bank in its home ground, Punjab.

The PML-N committed some major blunders after a consensus was reached with opposition parties to overthrow Imran Khan.

A major miscalculation was appointing Shehbaz Sharif and Hamza Shahbaz as prime minister and chief minister, as it was just bad optics. Firstly, because they are father and son. Secondly, both are facing graft cases. Thirdly, Sharif was considered as the party’s trump card for his ‘Punjab speed’ reputation.

What one wonders is the logic behind bringing your best player into play and that too for a few months?

Winning the 20 seats in Punjab on July 17 won’t be entirely easy for the PML-N. Most of its candidates are former members of the PTI, which has created resentment within the party. Meanwhile, Imran Khan is building an ‘anti-lota’ narrative as well as using the increasing inflation to his advantage.

The other parties of the Pakistan Democratic Movement, such as the Pakistan People’s Party, face no serious threat from the PTI or the Muttahida Qaumi Movement (Pakistan) in the next national election and will likely retain the Sindh government.

But the PML-N has the most to lose.

There is no doubt that the upcoming by-elections in Punjab and Sindh as well as local government polls will also be a test for former prime minister Imran Khan in Punjab and in Karachi, where the PTI had 14 MNAs and 25 MPAs.

Defeat in Punjab and the Karachi polls could be a major setback for Imran Khan and the PTI, while a win can bring him in the driving seat before the general polls.

One man who is anxiously watching all these developments is none other than former prime minister Nawaz Sharif, who is still undecided about his return to Pakistan.