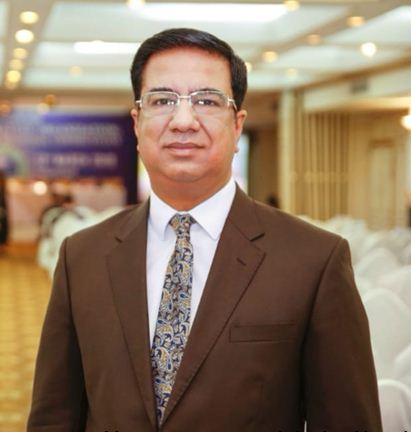 Afghanistan, a land of breathtaking beauty, torn by ethnic, tribal and religious divisions, has been at the center of geopolitical contests for centuries. Almost two decades since America went to war in Afghanistan, it never provided a plausible explanation of its goals and how it planned to achieve them.

As the Americasought revenge for 9/11, what sentiment did they evoke? How many enemies did they spawn in the process of ‘trying to help’ Afghanistan? In retrospect, it is obvious that the invasion was an overreaction to the 9/11 terrorist attacks in which there was no direct involvement of the Taliban government or any Afghan national. Arguably, there were other ways in which Al-Qaeda could have been punished for its crimes.The Taliban leaders have famously said, ‘’Americans have all the clocks, but we have all the time.’’It has been clear that now it is too late for the U.S. to destroy its own created ‘’Frankenstein Monster’’completely. In the global war against terrorism, U.S. was successful in dismantling and obliterating many of terrorist’s offshoots and occupying Afghanistan, where the annihilation started.

In the present scenario, with the withdrawal of U.S troops from Afghanistan, the Taliban’s footholds have been increasing while capturing the territories with little resistance from Afghan troops. This can wave strong feelings for Afghanistan Déjà vu moment in the air amida surge of radicalization and extremist activities. The failure of the American military misadventure in Afghanistan despite the huge loss in blood and treasure raises significant questions about the rationale of the U.S. invasion of the country and the subsequent strategy pursued by it. Moreover, fundamental reasons contributing to the lack of progress in the intra-Afghan talks have been the myriad existing dichotomy among the Afghan factions and a reluctance to show flexibility to fulfill commitments. Both sides (the Afghan government and the Taliban), one who has to either give away authority or at least share it with others, and others who will likely to gain a foothold in the corridors of power with the chances of a complete take-over, have shown a high degree of intransigence in addressing the issues. Still, the two sides appear far apart on major issues such as future governance, women’s rights etc. There are fears on both sides which plague the prospect of a peaceful reconciliation among the warring groups.

Another important issue is the Afghan willingness to reach a consensus through intra-Afghan dialogue. Will that dialogue yieldany consensus about the Afghan interim government followed by an election?  But this will again not reflect the true interests of the Afghan people. America has failed to understand Afghanistan, and policies towards the country have not achieved positive results.  The puppet regime in Afghanistan,Ashraf Ghani and top leadership in Kabul have been failed to deliver true emancipation to the Afghan people. The Kabul leadership and representatives are non-resident Afghans. They are not aware of actual needs and cannot advocate thetrue rights of the Afghan people. The future must be decided by the Afghan natives who have suffered a lot from this decades-long war, human rights violation, and civil unrest in the country.

Regional cooperation between Central and South Asia lies with peace in Afghanistan. The 21st century is an era of re-awakening and has many key determinants as it is the most revolutionary age in history.Countries are inclined towards cooperation and wider regional alignmentsthrough economic linkages in the multipolar worlds, pursuing their collective goals. Central Asian Republics (CARs) and Pakistan consider peace and stability in Afghanistan a pre-requisite for broader regional alignments.CARs and Pakistan have played a dynamic role in bringing peace to the region and resolving Afghan conflict. However, on the other side, the immorality of the U.S. invasion was aggravated by its flawedstrategy pursued in the wake of its invasion. U.S. decided to pull out its troops when China has been connecting countries all over the world through its new narratives and exceptional Belt & Road Initiative (BRI).U.S. has neglected all the regional partners in the Afghan peace process and has been trying to sabotage China’s rising influence in the regionthrough its belligerent moves.  U.S. has disturbed regional peace and stability as the Taliban are gaining potential grounds in Afghanistan with U.S. troops withdrawal.Now, this is a time that all regional players must be integrated, and the prerogative of plebiscite should be given to the Afghan people only. They have to decide their future and fate.

A resurgence of the Taliban insurgency could once again turn Afghanistan into a terrorist safe haven. Moreover, internal instability in Afghanistan could have larger regional security ramifications on Pakistan, Iran, CARs,Russia and adjacent countries. Afghanistan must stop blaming Pakistan for its civil unrest and appreciate Pakistan’s efforts and potential role in durable and inclusive peace negotiating process. On the flip side, the Taliban can come up as a political force in the power game. However, they must stop bloodshed and terrorism on Afghan soil. It can be anticipated that days for the Kabul regime are numbered as the Taliban are not asking for a piece of land but full control over the country. They consider that the US/NATO and Kabul regime intend to win a war on the table, which they have lost on grounds. Obviously, without reaching a consensus on a new political setup, there will be no end to the civil unrest in Afghanistan even after the troop’s withdrawal.

Despite the foreign invasion, the Taliban remained the de jure government in Afghanistan. They believe their de facto status will be revived and that it will only be a step away once the U.S. troops are gone. It has been anticipated that the Taliban take-over is no guarantee that peace would result. As a matter of fact, this could signal the advent of a fresh wave of hostility and radicalization. Warfare is still going on, and one cannot predict permanent circumstances. Afghanistan hovers between the two mindsets. The one in view of negotiated settlement exclusively on its terms, and the other asserting both its de jure and de facto legitimacy to rule the country. It is the fusion of clashes among the U.S., the Taliban and the Afghan government. It is the clash of ultimate power and resilience, clash of ego, and the quest for maintaining hegemony by the Taliban while achieving their vicious vested interests.The international community will not allow any terrorist group to operate from the Afghan territory against any other country. If the Talibangain their influence over Kabul, it will not be possiblefor the international community to recognize such a radical regime under the auspice of international law.Against this backdrop, the people of Afghanistan may continue to suffer and bear the horrific outcomes of this brutal conflict.