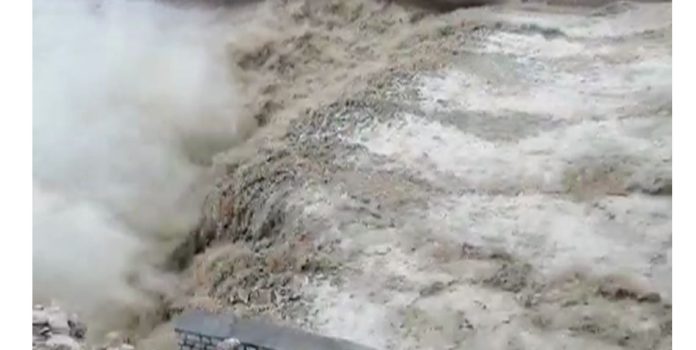 ISLAMABAD: Pre-monsoon rains have wreaked havoc in various parts of Balochistan and Khyber Pakhtunkhwa, causing floods and roofs to collapse, damaging crops and properties and leaving several people dead and injured, according to the provinces’ disaster management authorities.

In the Sonari area of Balochistan’s Kohlu, the road connecting the locality to Quetta had been swept away by flooding and several bridges were damaged, the Provincial Disaster Management Authority (PDMA) said in a statement on Tuesday. Floods had also swept away electricity poles in Kohlu and the downpour in Barkhan damaged crops.

Many parts of the province continue to be lashed by rain, with reports of heavy showers in Sibi, Kohlu, Ziarat, Quetta, Chaman, Harnai, Loralai, Sherani, Musa Khel, Barkhan and Zhob, the PDMA said.

In Sibi, the PDMA said, four women and a man were killed when raging torrents had swept away a truck on Sunday.

According to Levies, the tragedy had taken place when the truck tried to cross the Beji river despite heavy floods. “The truck was carrying about 25 people and their livestock,” according to Bahadur Khan, an eyewitness who was injured in the accident.

Citing the Met Office, the PDMA statement said the current spell of pre-monsoon rains in Balochistan was expected to continue till Wednesday (tomorrow).

Meanwhile, the Khyber Pakhtunkhwa Disaster Management Authority issued a report on Monday, stating that three children were injured in rain-related incidents in the province over the past 24 hours.

According to the report, the children were injured when the roof of a house collapsed due to heavy rain in the province’s Dera Ismail Khan area. Moreover, three cattle head were killed in the incident, the report said.

On Monday, the PDMA said the flow of rivers was normal in the province, however, a glacial lake outburst flooding was reported in the remote Ishperu Gol area of Terich village of Upper Chitral that damaged a 50kV micro-hydel power station in the area.

The PDMA also said that between Sunday and Monday, the Kalkot Daba Road in Upper Dir as well as the Swat-Shangal main road at Machar area of Alpuri of Shangla district had been blocked due to land-sliding but were later cleared.