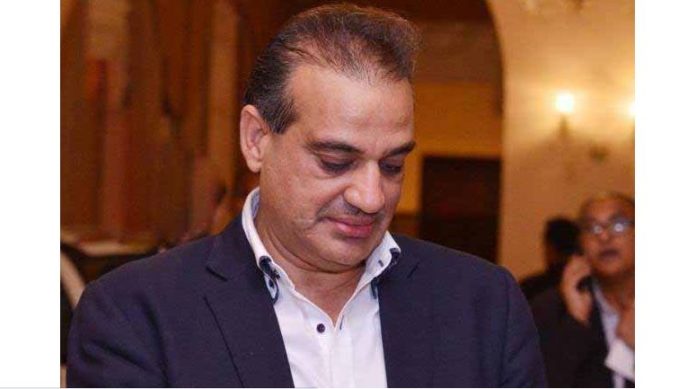 Take the prices of oil, gas, electricity to 11 April when this government actually assumed office. It may be a difficult call but it has to be made if the party really wants to whip up its sagging popularity

ISLAMABAD: To everybody’s surprise, the PTI has begged 15 out of 20 seats in the Punjab by-elections thus putting itself in a vantage position of regaining control of the biggest province. Four seats went to the PML-N. These four seats for them are a bonus as these seats never belonged to them. Theoretically, these 20 seats belonged to the PTI and it has just managed to win them back albeit not all. When PTI grabbed those seats PML N was not in power either in the Punjab or at the Center. In 2018, elections were held under a caretaker set up in which all parties were equally poised to exercise their clout and influence to get results of their choosing. But in this particular case the PML- N was not only in power in the Punjab but at the Center as well and historically the ruling parties always perform well in the by-elections and win. This time however it did not happen for which full marks have to be given to PTI Chairman Imran Khan, who spearheaded a fearless and targeted election campaign.

There are many factors that led to the downfall of otherwise a strong political party PML-N. The Punjab traditionally and historically belonged to the Muslim League either it is PML N or Q. PPP another big political party, despite its frantic efforts, has not been able to strengthen its foothold in the Punjab and in 2018 elections it was almost eliminated from this province. The PPP might have played a key role in the defeat of PML N in the by-election. Both these parties have ruled this country for most of the time. These parties have a diametrically different approach on various issues plus having totally different views as to how the country should look like. PML has been more inclined towards deriving inspiration and guidelines from the Islamic injunctions while the PPP always followed the model of socialism. The voters of these two parties got divided in two philosophies, and their difference of opinion made it almost impossible for them to co-exist. In this background, the PPP voters preferred to vote for PTI candidates or they just stayed at home. Then, the PPP leadership, despite the fact that it enjoys a sizable share in the Cabinet, never took part in the election campaign or maybe was never invited by Maryam Nawaz to be part of the exercise. Resultantly, the PPP voters were left free to exercise their will rather freely.

The biggest factor perhaps that led to PML N defeat appeared to be the PTI dissidents’ factor. As we know, the PML N had lured these PTI dissidents by offering them tickets in return for their support to Hamza Shehbaz. But then they were disqualified. As an agreement the PML N had to give them the tickets for which it had to ignore its own diehard and veteran workers. Consequently these disgruntled workers also cast votes against party nominees. Some of them chose to contest in an independent capacity. These independents could not win however they badly damaged the vote bank of their own party. The win of PTI candidates in such constituencies became quite easy.

The results show as if the Establishment maintained a neutral posture. The Election Commission of Pakistan too tried its best to hold the entire drill in a free and transparent manner but the PTI is not ready to accept it. According to them, the ECP made every possible effort to help anti PTI forces – a claim outright rejected by the Commission.  We may have more or less the same results in the general elections as well if the neutrality factor remains in effect. Credit goes to Imran Khan that he exerted too much pressure on the ECP and the Neutrals that left them with no option but to stay put. But then perhaps there was no point in interfering into a drill that involved only few seats!! Additionally, the apex court had also made it clear that there should not be any kind of interference in the election exercise. Maybe this factor too went in favour of the PTI.

All said and done, it does not mean that PML N has lost its vote bank in Punjab. Not at all. Despite this defeat PML N still holds ground in the province and has capability of staging a comeback provided it earnestly addresses its weaknesses. As the Vice President of the party Maryam Nawaz while admitting the defeat said it rightly that the party has to plug the loopholes to avoid any future disappointment.

In the given circumstances the way forward for the PML N is its decision whether it wants to complete the term or go for early elections. In my opinion it should go for early elections but before that it had to make for its mistakes or shortcomings whatever we call it, in order to win back masses support. One way of making for the mistakes is to provide immediate relief to masses. Take the prices of oil, gas, electricity to 11 April when this government actually was put in place and try to reverse dollar’s upward trend. It may be a difficult call but it has to be made if the party really wants to whip up its sagging popularity. Also it would be in the interest of PML N if it could distance itself from the PPP and try to forge an alliance, if needed, with its like-minded parties. It would also help it re-gain support of its workers, who do not want their party to have any sort of association or election arrangement with the PPP.

PTI, which will now have governments in the Punjab and KP provinces, holds the key to early elections. If it dissolves both these assemblies, then the Central government will be left with no option but to call it a day. Let us wait and see as to when Imran Khan uses this trump card.