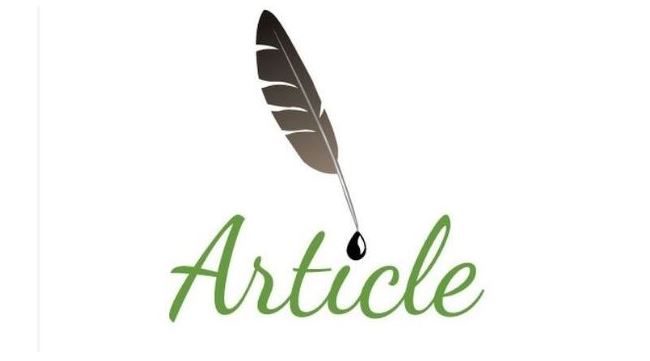 The importance of the Position of the East Sea geopolitically and geopolitically is considered one of the most important factors that push Turkey to pay more attention to the region in terms of Turkey’s national security policy, either now or in the future. To understand the importance of this region geostrategicaly, it is enough to look at the conflict between regional and international forces to impose their power and influence in the Middle East. Many international and regional forces such as the United States, Russia, France, Britain, Italy, Germany, Turkey, Greece, Israel, Egypt, the United Arab Emirates and Saudi Arabia are part of the countries involved in the conflict in the region.

Geographically, the partnership of several countries rich in energy resources on the coasts of the Middle East Sea, the existence of a water channel such as the Swes Canal, which is considered one of the most important waterways in the world in this region, continues its problems and conflicts. Between Israel and Palestine in this geography, America’s encouragement to impose its supremacy on the region by the Israeli lobby , the classic dream of reaching hot waters by Russia , the dream of reviving imperial supremacy . Turkey’s search for energy sources by Britain, Russia and France is the reason why the Middle East is geopolitically considered one of the most important areas in the world.

Regional and international conflicts to control the Gulf of Sweden, provide Security and Security for Israel, reach hot water, gain some of Syria’s energy resources, and gain more importance in controlling Libya and Cyprus۔ Turkey’s foreign policy in the context of these conflicts has caused the country to face many problems, whether regionally or internationally, in a way that is currently being carried out to blockade and put pressure on the country in the Middle East. Here we try to briefly address some of these problems, including: Cyprus is considered one of the most important areas of particular importance in Turkey’s foreign policy agendas in the Middle East. After the establishment of the Republic of Cyprus in 1960, the conflicts between Turkey and Greece over the region are still ongoing. Although it was originally established to represent both nations (Turks and Greeks), shortly after its establishment, the Greeks tried to change the republic to a Greek republic by carrying out bloody attacks on Turks in 1963. As a reaction to the move, Turkey planned to interfere in the local situation, but because of US opposition, Turkey was unable to carry out the plan. Even after the 1974 coup, the United States declared Cyprus a demilitarized zone for three years to prevent Turkey from interfering.After accepting Greece’s membership in the European Union in 1981, and then accepting the membership of Greek Cyprus (Republic of Southern Cyprus) on 1/5/2014 as the representative of all Cyprus in the European Union Both the United States and the European Union appear more as supporters of Greece and Greek Cyprus on the issue of solving the Problem of Cyprus, particularly in the issue of determining the border of the region’s water fronts and establishing power, which is considered the most important problem in the Middle East. Although Turkey is leading the countries with the longest waterfront in the Middle East, efforts are being made to limit Turkey’s authority over the region’s water fronts, particularly in the East Mediterranean and the Aegean Sea.

In order to prevent Greece’s efforts to deal with the islands of Mis, Rodos, Kashout and Krit as part of its territory, Turkey reached an authorization agreement with Turkish Cyprus in 2010. Through the treaty, Turkey has been able to establish naval forces near Cyprus island since 2010 and conduct inspections and searches for natural resources such as oil and gas in the area’s water ways.3 During the conflict in the region, Turkish naval forces prevented a ship belonging to the Italian oil company ENI on February 9, 2016, on charges of intending to conduct searches in the water fronts of the Turkish Republic of Cyprus. Turkey’s continued search and investigation steps near the coasts of Cyprus and Greece in the Eastern Mediterranean and ignoring international protests about this, complicating its relations with Greek and Greek Cyprus, Especially after accusing Cyprus of taking unilateral steps and giving permission to international companies to search for the region’s natural resources without considering the rights of Turkish citizens in northern Cyprus, Turkey has Regional and international levels will face a breakdown in relations with Greece, Greece’s Cyprus, the United States and France.

Another dimension that Ankara attaches great importance to in the region’s foreign policy agenda is its efforts to revive and strengthen its political, economic, historical and cultural relations with ottoman-dominated countries. Especially during the Justice and Development Party’s rule, Turkey has tried to strengthen and develop relations with countries located on the Mediterranean Sea basin such as Syria, Egypt, Libya and Palestine. With the emergence of the Arab Spring revolutions and uprisings by the Egyptian, Libyan and Syrian peoples against the dictatorial systems of their countries in the hope of ending dictatorship and achieving democracy in their countries, Turkey has expressed its support for the peoples of the region since the beginning of this revolution and rebellion in a way that is compatible with foreign policy agendas. In this context, after the victory of the Egyptian people’s revolution, especially after the victory of the Muslim Brotherhood and the rise of Muhammad Mursi by voting and winning the majority of the votes of the country’s citizens, Turkey expressed its support for Muhammad Mursi’s government. Like Egypt, Turkey has declared its opposition to Bashar al-Assad’s government by supporting opposition forces close to Syria.

Turkey’s stance and movements on the level of foreign policy in the Middle East, including rejecting Sisi’s military coup in Egypt, interfering in Syria’s internal affairs and carrying out an army on its territory, sent it Military forces for Libya and interference in the internal affairs of the country, conflicts of interests with the interests of a number of regional and international countries, protests and attitudes of those countries against Turkey’s movements and activities in the region have made Foreign relations in the country, whether at the regional or international level, will face problems and weaknesses. In this context, the UAE, Israel, the United States, France, Russia and Saudi Arabia see Ankara’s steps to protect its interests and increase its power and influence in the Middle East as a threat to their interests and work to limit and reduce Turkey’s power in the region. At the regional level, a joint front has been formed between the UAE, Egypt and Saudi Arabia to prevent Turkey’s power and influence in the region led by the Justice and Development Party. As can be seen now, this side agrees to take joint steps in the Libyan issue and to determine the border of maritime authority in the Middle East against Turkey, in return for the support and assistance of the UAE, Egypt and Saudi Arabia to Libyan national army forces led by Khalifa Hafter. But internationally, because of the rivalry and conflict in the interests of the powerful countries, they have not yet been able to form a common front against Turkey, for example, france and Russia are pursuing a different and opposing policy in Syria according to their own interests, but in Libya the two countries are on the same side and support Khalifa Hafter’s government.

In the continuation of their efforts to blockade and weaken Turkey in the Middle East, we need to point to Israel’s state policy and the significant impact of the country’s lobby ingenuity in directing US foreign policy in the region. As Turkey’s economic and military capabilities develop during the Rule of the Justice and Development Party led by Rajab Taib Erdogan, the country’s government has intensified its efforts to adopt an independent policy in internal and external affairs, including acknowledging the movement. The return of Palestinian Hamas as the real representative of Palestinian citizens, especially after the country’s 2006 elections, welcomed Khalid Mashali, the leader of the movement, in Ankara, the capital, and expressed his dissatisfaction. The Government of Tel Aviv has expressed concern over the Israeli blockade of the Gaza Strip in Ankara. Turkey’s continued stance on the Palestinian issue, its stand against Israel’s policies in the region, and its continued activities in the Middle East have led Israel to consider Turkey’s efforts as a threat to itself, and this situation will certainly have a direct impact on Washington’s stance and policies against Turkey. It is no exaggeration to say that Israel’s dangers and concerns against Turkey have increased in a way that is politically and economically resorting to benefiting from its lobbying capabilities in western countries in order to oppose and weaken the Turkish state.