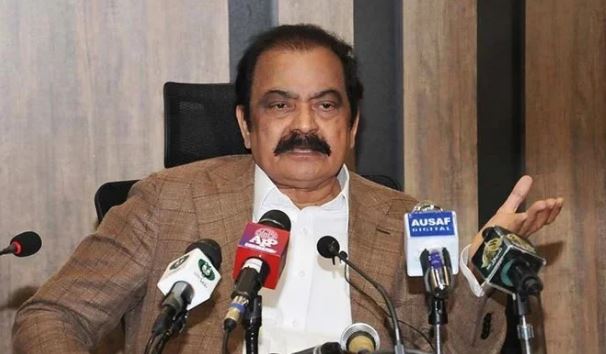 LAHORE: Interior Minister Rana Sanaullah Saturday has been acquitted by a special court in Lahore in a drugs smuggling case filed against him in 2019.

Sanaullah was arrested on July 01, 2019, by the Anti-Narcotics Force (ANF) Lahore team near Ravi Toll Plaza on the motorway. He was travelling from Faisalabad to Lahore.

The ANF claimed to have recovered 15kg of heroin from his vehicle, while it arrested five others, including Sanaullah’s driver and security guards.

He was sent on judicial remand the next day by the court.

The then PTI government drew heavy fire from the opposition and was alleged of carrying out a political witch-hunt against rivals. The Imran Khan-led regime, however, denied having a hand in Sanaullah’s arrest.

The PML-N leader had filed a plea in the court seeking acquittal today and sought an early hearing. The court then fixed the hearing for 2pm. At the outset of the hearing, Prosecutor Danish Mashkoor informed the court that he has resigned and was no more associated with the case. “I can not sign off witnesses’ statement.”

After this, the remaining two prosecutors signed the document.

Rana Sanaullah’s counsel, Advocate Farhad Shah, argued before the court that two witnesses in the case have retracted their statements. “They were witnesses of the recovery memo,” the defence informed the court and added, “The prosecution has no case to prove”.

The court then announced the verdict acquitting Rana Sanaullah and other co-accused Sibtain, Usman, Amir, and Akram from the drugs smuggling case.

In response, Prime Minister Shehbaz Sharif said of all the PML-N leaders targeted by the Khan-led regime, Sanaullah’s case was the “worst example” of political persecution with the most dangerous repercussions. “He braved these heinous charges and repression with patience and remained steadfast. He is an inspiration for all political workers.”

Inspector Ehsan Azam, a witness in the case, said: “he has no knowledge of the events nor was the recovery made in his presence”.

“I did not witness recovery. I was made a witness but I don’t know the facts neither I support the prosecution’s case in any way.” Another witness, Assistant Director Imtiaz Ahmed, told the court that he was not aware of Rana Sanaullah’s case and drugs were not recovered in his presence.

“I was made a witness in the case; I do not support the prosecution’s case. I did not see any recovery of drugs.”