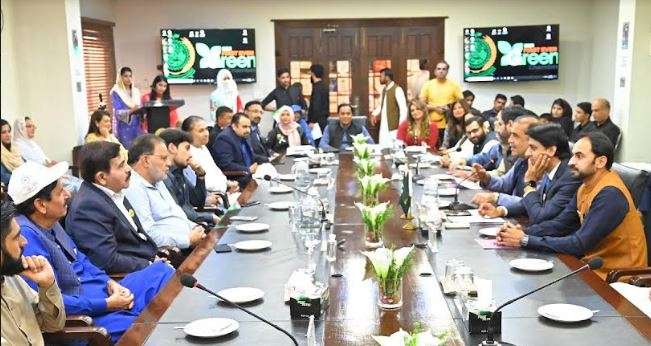 Rawalpindi, OCT 16 /DNA/ – President of Rawalpindi Chamber of Commerce and Industry (RCCI)Saqib Rafiq and Chairman of Pakistan Poultry Association Chaudhry Muhammad Ashraf in a joint statement have demanded the government to abolish the 35% tax imposed on day old grand parent chick which is a seed in the poultry industry.  Tax on import of mineral vitamins should be reduced so that poultry and eggs can be made affordable to masses.

Saqib Rafiq while speaking at the ceremony regarding World Egg Day in collaboration with SB Eggs in Rawalpindi Chamber said that the volume of poultry industry in Pakistan has exceeded 1200 billion.The poultry sector generates employment and provides source of income to more than 1.5 million people of Pakistan directly & indirectly, he added.  Hesaid that Pakistan is included in countries where severe stunting (44%) in young children is found and is at alarming level and increased consumption of eggs can help overcome this issue. Poultry industry can be developed by reducing the tax imposed on feed and machinery, he added.

Chaudhry Muhammad Ashraf said that the poultry industry is suffering due to the increase in production costs and heavy taxes.  He demanded that the poultry sector is playing an important role in alleviating malnutrition in the country.

On this occasion, a presentation was also given on the benefits and nutritional importance of eggs in daily diet.

At the end of the event, certificates and cash prizes were also given to the winners of egg dish competitions in various departments and painting competitions among school kids.