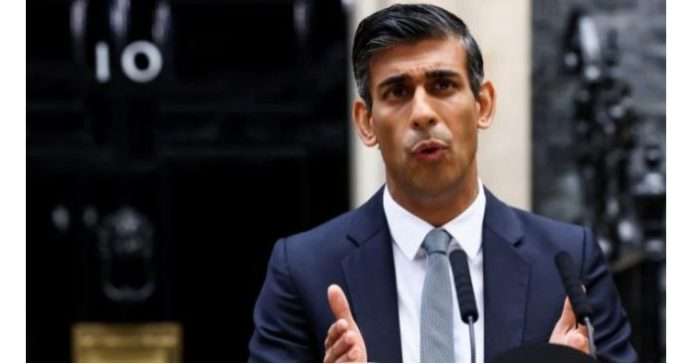 LONDON: Britain’s new prime minister, Rishi Sunak, said on Tuesday he would try to fix the mess left by his predecessor, restore faith in politics and tackle a “profound economic crisis” but warned the country there would be difficult decisions.

Standing in front of his Downing Street office, Sunak paid tribute to Liz Truss, whose economic programme roiled the markets, saying the mistakes she made were not “born of ill will or bad intentions”.

He also took aim at another predecessor, Boris Johnson, by saying the mandate the Conservatives were handed at the 2019 election won by the former prime minister was not the property of one individual, and he would be guided by its promises.

“I want to pay tribute to my predecessor Liz Truss … Some mistakes were made. Not born of ill will or bad intentions. Quite the opposite in fact. But mistakes nonetheless,” he said.

“And I have been elected as leader of my party and your prime minister, in part to fix them. And that work begins immediately. I will place economic stability and confidence at the heart of this government’s agenda. This will mean difficult decisions to come.”

Appealing to a public facing rising energy and food prices, Sunak, one of the wealthiest lawmakers in parliament, said he fully appreciated how hard things were for many.

“All I can say is that I am not daunted. I know the high office I have accepted and I hope to live up to its demands,” he said.

“So I stand here before you ready to lead our country into the future. To put your needs above politics, to reach out and build a government that represents the very best traditions of my party. Together we can achieve incredible things.”