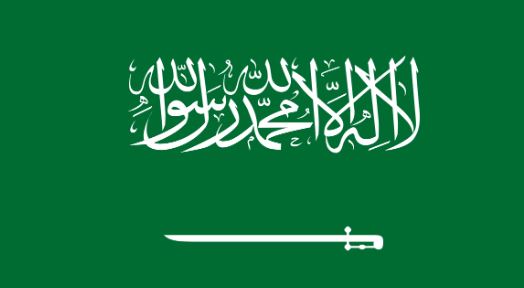 According to Hindustan Times, BJP spokesperson Nupur Sharma and another party leader, Naveen Kumar Jindal, made disrespectful remarks about the Prophet (P.B.U.H) and after worldwide condemnation, India’s ruling party had to distance itself from their statements, announcing disciplinary action against the duo.

Qatar, Kuwait and Iran summoned India’s envoy to register their protest on Sunday, while Pakistan issued a strong demarche to the Indian charge d’affaires on Monday.

Qatar has sought a public apology from India for allowing such “Islamophobic” views without retribution.

Kuwait, in a statement, said it had handed over an “official protest note expressing the State of Kuwait’s categorical rejection and condemnation of the insulting statements against the Holy Prophet (P.B.U.H), Islam and Muslims issued by one of the officials in the ruling party”.

Saudi Arabia also issued a statement condemning the remarks and called for respect for religions.

President Dr Arif Alvi and Prime Minister Shehbaz Sharif also called out the comments made by the BJP leaders.

The president noted that the remarks had hurt the feelings of Muslims around the world. “India under [Prime Minister Narendra] Modi’s Hindutva philosophy is trampling religious freedoms of all its minorities and persecuting them without any impunity”. Meanwhile, Prime Minister Shehbaz tweeted, “… Have said it repeatedly that India under Modi is trampling religious freedoms & persecuting Muslims. World should take note & severely reprimand India.”

He said the love of Muslims for the Prophet (P.B.U.H) was supreme and they could sacrifice their lives for the Holy figure.

In a statement, Saudi Arabia’s foreign ministry said it “reaffirms its permanent rejection of prejudice against the symbols of the Islamic religion and refuses to prejudice all religious figures and symbols”.

The country also welcomed the BJP’s decision to suspend Sharma, the statement added. Qatar summoned the Indian envoy and handed him an official note that expressed Qatar’s disappointment and “its total rejection and condemnation [of] the controversial remarks made by an official in the ruling party in India against Prophet Mohammed … Islam and Muslims,” according to a statement issued by its foreign ministry.

Qatar said it is “expecting a public apology and immediate condemnation of these remarks from the Government of India”.

It noted that allowing such Islamophobic remarks to continue without punishment constituted a grave danger to the protection of human rights and may lead to further prejudice and marginalisation, which will create a cycle of violence and hate.

Meanwhile, Pakistan said the remarks made by two officials of the ruling BJP were “totally unacceptable” as they hurt the sentiments of billions of Muslims around the world.

“BJP’s attempted clarification and belated and perfunctory disciplinary action against these individuals cannot assuage the pain and anguish they have caused to the Muslim world,” the Foreign Office said, urging India to ensure that decisive and demonstrable action was taken against those responsible for making derogatory remarks and attacking the dignity of Prophet (P.B.U.H).

In a statement issued today, Pakistan strongly urged the BJP leadership and the Indian government to “unequivocally condemn the sacrilegious comments of the BJP officials and ensure that they are held accountable through decisive and demonstrable action for attacking the dignity” of the Holy Prophet (P.B.U.H).

The ministry further called upon the international community, including the United Nations (UN) and Organisation of Islamic Cooperation (OIC) to take notice of and stop “the dangerously rising ‘Hindutva’ inspired Islamophobia in India, and prevail upon the Indian authorities to prevent the systematic human rights violations against minorities in the country”.

Later in the day, the Pakistan Army also condemned the “blasphemous remarks by Indian officials” in a tweet. Meanwhile, the grand mufti of Oman, Sheikh Ahmad bin Hamad Al-Khalil, tweeted that the “obscene” comments of the spokesperson of India’s ruling party amounted to a “war against every Muslim”.

OIC Secretary General Hissein Brahim Taha also said that the BJP leaders’ remarks came in “context of intensifying hatred and abuse toward Islam in India and systematic practices against Muslims”.

India told both Qatar and Kuwait that the offensive views did not reflect those of the government of India, instead attributing these to “fringe elements”. It said that “strong action” had been taken against those responsible for the derogatory remarks.