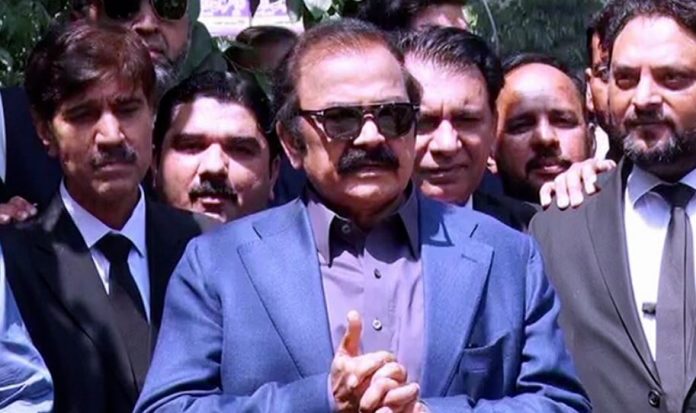 Lahore: A special court for the control of narcotic substances in Lahore on Tuesday stated that charges against Interior Minister Rana Sanaullah in a drugs case will be framed on June 25, and directed him to be present at the next hearing.

The minister was arrested in July 2019 under the previous government by the Anti Narcotics Force that claimed to have recovered 15kg of heroin from his vehicle.

In a written order related to the last hearing but issued today, the court said that Sanaullah’s lawyer “is stating that the charge may be framed on the next date of hearing because the accused is the federal interior minister and he has to run to Islamabad immediately”.

The state prosecutors, it continued, were reluctant at first but eventually agreed to the court’s order as well. “In these circumstances the in-hand case is adjourned to June 25,” the order added.

Meanwhile, the court also sought a reply from the ANF regarding the minister’s application to unfreeze his bank and property accounts.

During the last hearing, Sanaullah’s counsel had argued that the ANF had accused his client of being in the drugs business for the last 10 years but his frozen assets and bank accounts were being maintained earlier than that.

He said Sanaullah had been facing severe financial problems as he was unable to withdraw his salary from the bank and had thus filed a petition requesting to unfreeze his accounts.