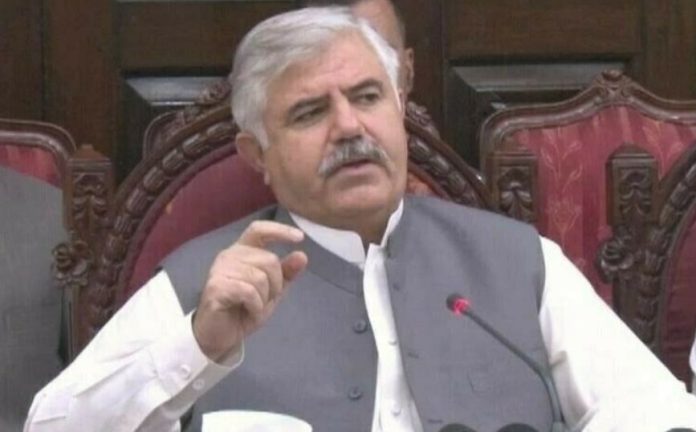 Khyber Pakhtunkhwa Chief Minister Mahmood Khan said on Sunday that the summary for the dissolution of the provincial assembly would be sent to the governor on January 17 (Tuesday).

The move comes after the dissolution of the Punjab Assembly as PTI Chairman Imran Khan inches closer to fulfilling his promise of disassociating from the “current corrupt political system” by quitting the provincial legislatures where he is in power.

In a tweet, the KP CM said that according to the directives issued by Imran, the summary for dissolving the Khyber Pakhtunkhwa Assembly would be sent to the governor on Tuesday.

“Inshallah the PTI will return with a two-thirds majority,” he said. On Saturday, the KP CM had reiterated that he wouldn’t hesitate for even a moment to dissolve the provincial assembly as and when he was instructed by Imran to do so.

“I have always said I am a humble worker of Imran Khan. I owe this office to him. I wouldn’t hesitate for a minute if he asks me to dissolve the provincial assembly,” he had said while addressing the oath-taking ceremony of the newly-elected body of the Peshawar Press Club.

Hours after regaining the confidence of a majority of lawmakers in the Punjab Assembly, Chief Minister Chaudhry Parvez Elahi had formally advised the governor to dissolve the provincial legislature on Thursday.

The move had capped weeks of speculation, legal wrangling and a public spectacle of the differences between the ruling allies in Punjab — the PTI and PML-Q — over whether the assembly would be disbanded or not.