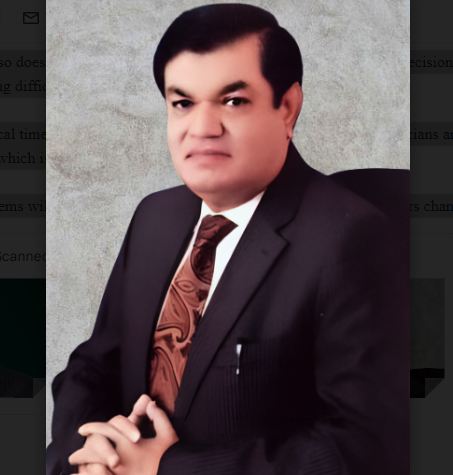 Our soldiers and policemen have been sacrificing their lives to provide security to the masses while lack of resources can hamper the fight against terrorists, he said.

Mian Zahid Hussain said that military action is taken against the terrorists but development is avoided while only claims are made to provide employment to the local population due to which the problem resurfaces after a few years.

Talking to the business community, the veteran business leader said that claims of breaking the back of the terrorists have been made for years, but they have proved wrong.

In the past, the top military officers had told the political leaders many times that if the backward areas were not developed, the problem of terrorism would continue to reappear after a few years, but despite this, the development of these areas was not given importance.

Politicians prefer to spend resources where they can get votes which amount to wasting sacrifices offered to eradicate terrorism.

Mian Zahid Hussain said that the government has asked the Afghan Taliban many times to play their part in stopping the attacks of Tehreek-e-Taliban, but so far no positive result has come out of the negotiations.

The reactivation of the TTP will divert attention and resources, which may reduce the focus on fighting terrorism in Balochistan, which will create new problems.

Pakistan is already suffering from incompetence, political instability, depletion of resources, unbridled debt, inflation, and the ravages of floods, and under these conditions, it is not surprising that the security situation will deteriorate.

The government also does not want to turn the people against it by making tough decisions and economic reforms, due to which economic recovery is becoming difficult and the country will have to run on loans.

Even in such a critical time when the survival of the country is at stake, some politicians are trying to create uncertainty instead of doing any constructive work, which is making the economic crisis more serious.

The country’s problems will not be solved but will increase until the country’s leaders change their priorities and economic reforms are carried out.