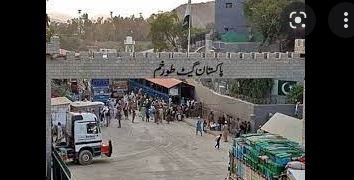 They were talking to Director, Pak-Afghan Joint Chamber of Commerce and Industry (PAJCCI), Zia-ul-Haq Sarhadi during his visit to Khyber Terminal NLC Jamrud on Thursday.

The project, the NLC authorities would help promote bilateral trade between Pakistan and Afghanistan and Central Asian States (CAS) and usher revolution in regional trade.

Speaking on the occasion, Zia-ul-Haq Sarhadi termed the construction of modern terminal at Torkham border a milestone for promotion of bilateral trade with Afghanistan and has called for acceleration of the pace of work on the project to complete without any further delay.

Work on the project was begun in 2014, but the pace of work remained very slow, which resulted in delaying its completion within the stipulated time frame.