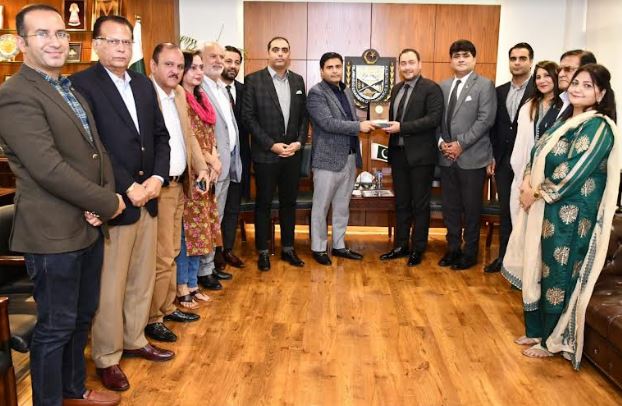 Islamabad, NOV 11 /DNA/ – Ahsan Zafar Bakhtawari, President, Islamabad Chamber of Commerce and Industry (ICCI) said that the close cooperation between Pakistan and Turkey was important to promote trade and exports of both countries. He said that direct air links play an important role in promoting business and people-to-people relations. He lauded the initiative of PIA and Turkish airlines to sign a code-share agreement on the 75th anniversary of their diplomatic relations that would enable Pakistani passengers to fly to Europe, UK and USA from Istanbul that would also help the business community in accessing these markets. He said this while talking to Ali Battal, General Manager Islamabad & North, Turkish Airline during his visit to Islamabad Chamber of Commerce and Industry.

Speaking at the occasion, Ali Battal, General Manager Islamabad &North, Turkish Airline said that theirAirline is connecting Pakistan with different countries, which will be beneficial for further improving bilateral ties between our two countries. He said that Turkey and Pakistan are brotherly countries based on common religion & culture and Turkish Airline is planning to extend its services in Pakistan to provide best services to the business community and the public passengers. He assured that Turkish Airline will do its best to facilitate the ICCI delegations in visiting foreign countries for business tours.