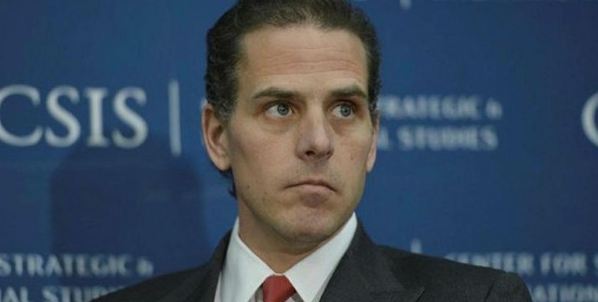 American author Michael Shellenberger released the seventh tranche of Twitter‘s internal documents Monday, claiming it presents evidence of efforts by the US intelligence community to “discredit leaked information about Hunter Biden,” the son of then-presidential hopeful Joe Biden, “before and after it was published.”

“The story begins in December 2019 when a Delaware computer store owner named John Paul (J.P.) Mac Isaac contacts the FBI about a laptop that Hunter Biden had left with him. On Dec 9, 2019, the FBI issues a subpoena for, and takes, Hunter Biden‘s laptop,” Shellenberger said in a Twitter thread in which he shared documents.

Having not heard from the FBI by August 2020, Mac Isaac emailed the office of President Donald Trump‘s then-attorney Rudy Giuliani, who was under FBI surveillance at the time, Shellenberger said, citing a New York Post story.

He later shared a screenshot of an email from Hunter Biden’s lawyer George Mesires to Mac Isaac dated 7 p.m. on Oct. 13 indicating they learned about the New York Post story, which would be published the next day.

The Oct. 14, 2020 story claimed that a laptop abandoned by Hunter Biden had details of him using his father’s influence — when Biden was vice president under former President Barack Obama — to seal a deal with a Ukrainian businessman.

“And yet, during all of 2020, the FBI and other law enforcement agencies repeatedly primed Yoel Roth to dismiss reports of Hunter Biden’s laptop as a Russian ‘hack and leak’ operation,” Shellenberger wrote in his Twitter thread.