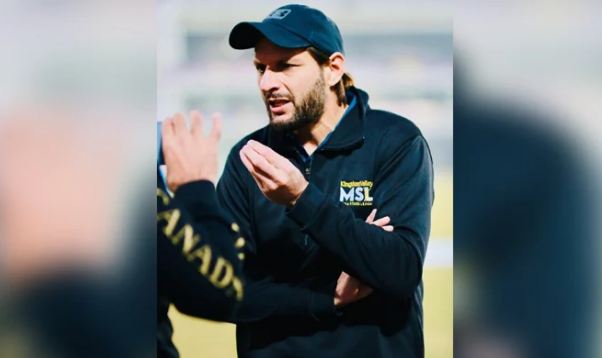 Following the conclusion of the ODI series against New Zealand in Karachi on Friday, Interim chief selector of the Pakistan Cricket Board (PCB), Shahid Afridi, said that he is “available to help” after his short tenure potentially ended.

In the final match of the three-match series at the National Bank Cricket Arena in Karachi, Pakistan lost to New Zealand by two wickets.

The win earned the Kiwis a series win over the hosts with a lead of 2-1.

After the series ended, Afridi thanked the PCB for considering him for the top role and hoped that the fans were satisfied with his bold decisions.

“Thanks to the PCB for entrusting me with the chief selector’s role for #PakvNZ series. Thoroughly enjoyed the responsibility. Hope, I lived up to the expectations of the fans with brave/bold decisions. Will always be available to help Pakistan cricket in any way I can,” he wrote.

The former skipper of the national team also congratulated the visitors for the win and said he was confident that the Men in Green will bounce back stronger.

It is worth mentioning here that the PCB Management Committee, led by Najam Sethi, had appointed former Pakistan captain Afridi as the interim chair of the selection committee for the home series against New Zealand.

Other members of the panel are Abdul Razzaq and Rao Iftikhar Anjum, while Haroon Rashid (member Management Committee) will be the Convener.

In the final ODI, opting to bat first, Pakistan posted a respectable target of 281 runs on the scoreboard, but the Kiwis chased down the target in 48.1 overs.

The middle-order batter was sensational as he scored 63 runs off 42 balls, including four boundaries and an equal number of maximums.

Opening batter Devon Conway struck a half-century after scoring a ton in the second ODI. The left-handed batter smashed 52 runs off 65 balls.

Meanwhile, skipper Kane Williamson also scored a crucial 53 runs off 68 balls to get the chase going.

After Michael Bracewell departed, leaving the Kiwis at 181-5, aggressive batter Phillips rose to the occasion and stitched a 64-run partnership with Mitchell Santner to get the touring party back in the game.

For Pakistan, Mohammad Wasim Jr and Agha Salman claimed two wickets each, while Usama Mir and Mohammad Nawaz took a scalp each.