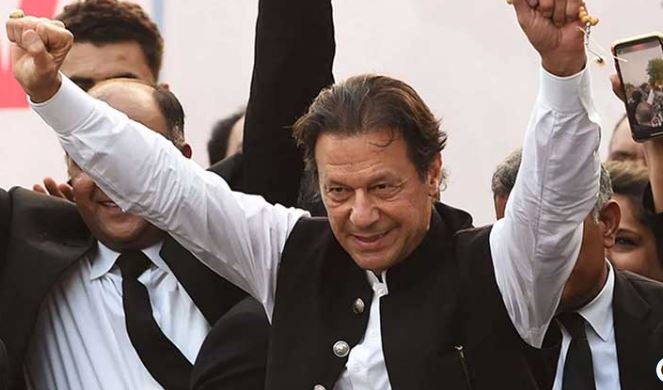 LAHORE – Former prime minister and Pakistan Tehreek-e-Insaf (PTI) chairman Imran Khan has said that he is not the one who would frightened with such incidents.

The former PM was wounded on Thursday when his convoy was shot at at Allahwala Chowk in Wazirabad.

Former cricketer Khan, 70, was leading a protest march on Islamabad to demand snap elections. There were hundreds of people in the convoy.

In his message after being injured in attack, Imran Khan said that the long march will reach Islamabad at all cost.

“I said that I will not bow down,” Imran Khan sand adding that he will continue to fight.

Following the firing incident, the PTI chairman ordered to end today’s long march and said that the convoy will start its journey tomorrow at 11:00 am.